A blog dedicated to the popular mobile game, The Simpsons™: Tapped Out

Snapshots from the community, with commentary

8 CommentsPosted by feelingblind on October 19, 2013

One of things I enjoy seeing are snapshots from other players, showcasing not their town design, but interesting moment that take place in their town. Most of the time it involved different characters, seemingly interacting while on a task. You don’t always plan these moments, so when the opportunity to take a snapshot arises, it’s too good not to share these with the community. Here are a few things that caught my eye recently, mostly from users on Reddit and our Flickr group. 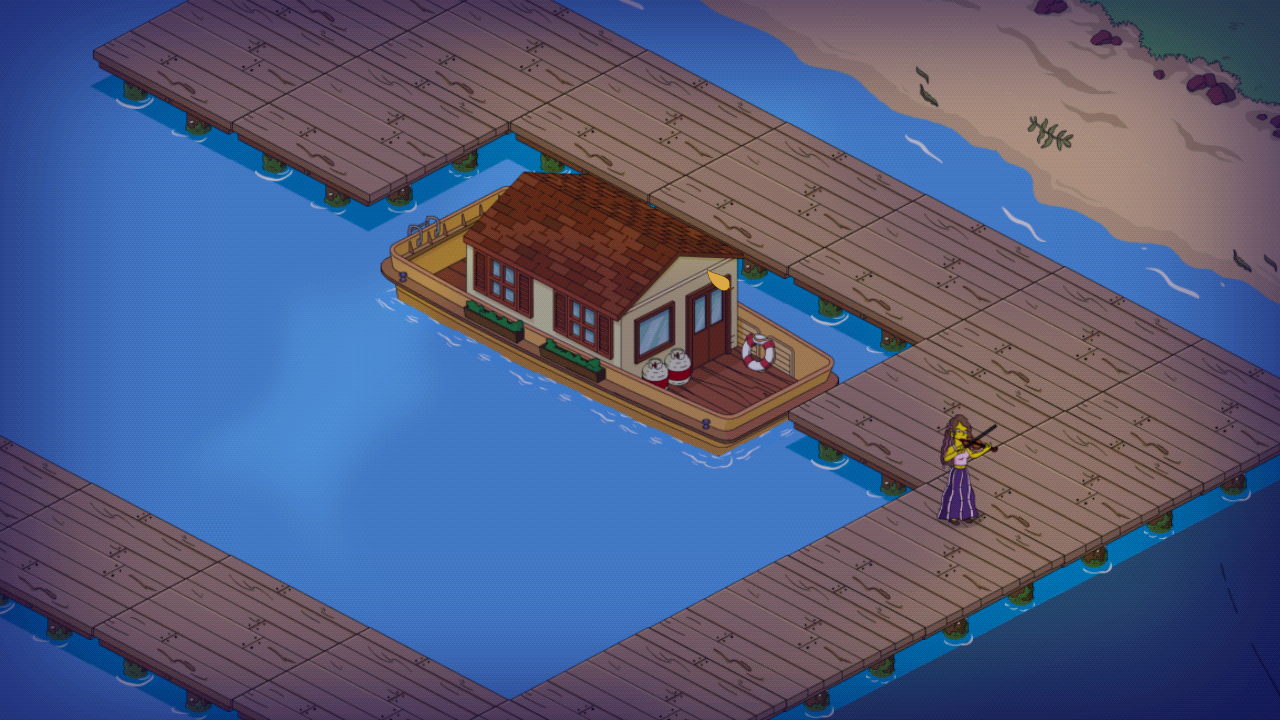 The shot above was titled “this is poetic somehow” and as a former poet myself, I can certainly agree with that statement. Usually people try to capture humor or glitches, but this is just one of those nice silent moments that might warrant a moment’s consideration. 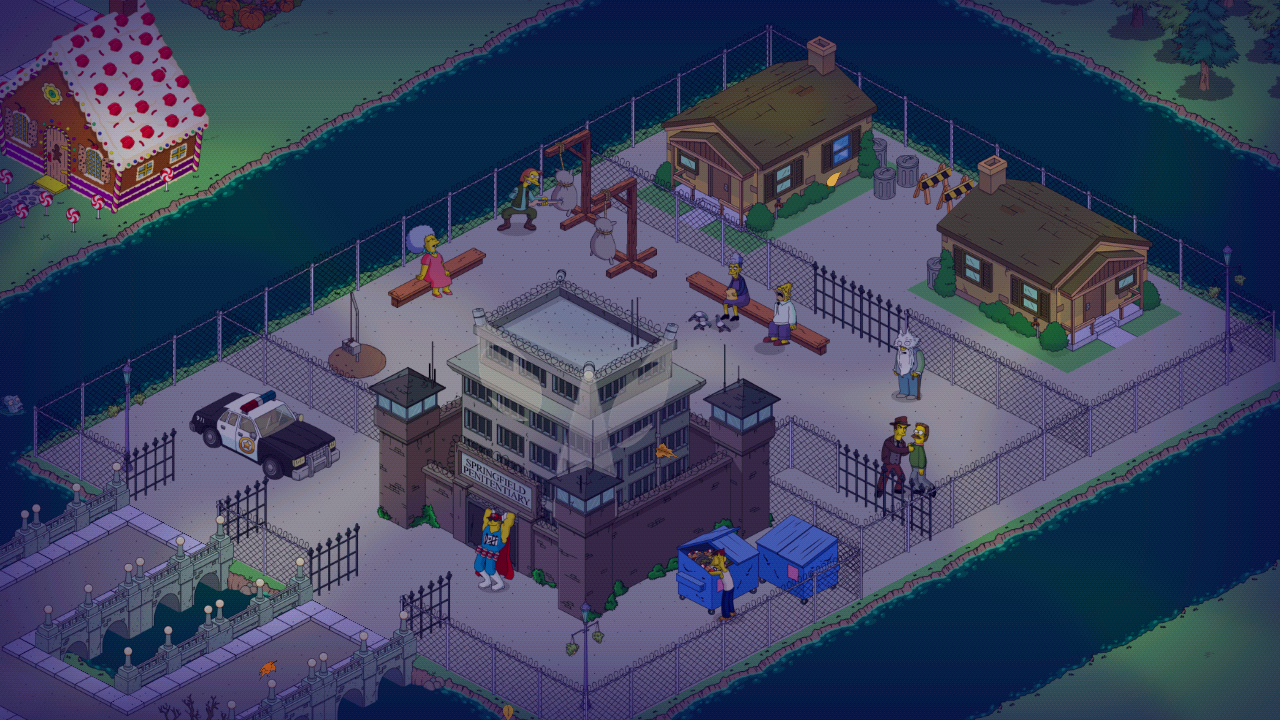 This shot of the Springfield Penitentiary is nice because it shows a lot of characters engaged, but not necessarily interacting. It is one of the few times where the town looks busy, but without just a bunch of people walking around or doing random things.

This shot is called “Together again” which shows Devil Flanders on the “Show his Wrath” task and Maude on her “Haunt Springfield” task. These love-birds were once pillars of the church community in Springfield, but look at them now. Still though, it’s nice to see their love endure through death and hellfire. 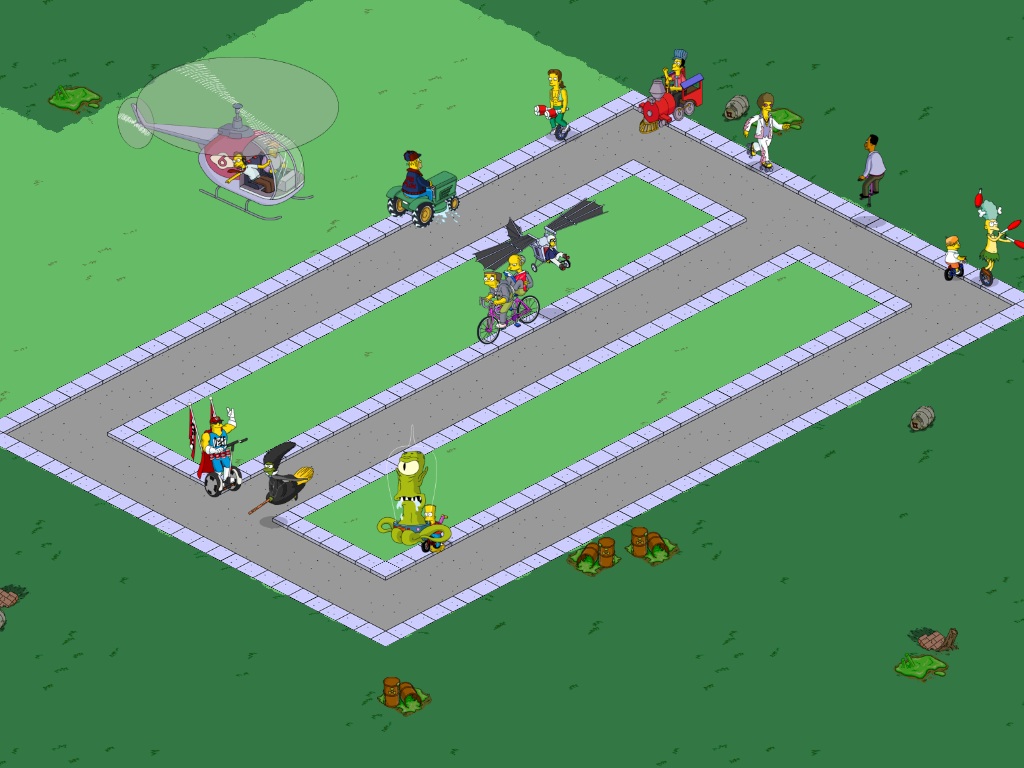 Several weeks ago I challenged someone to get a snapshot of people moving about, but not walking, running, or jogging. This is the result. There sure are a lot of ways to get around in Springfield.

This slice of life shot is called “My seaside homeless encampment”. What I particularly like about this shot is that it makes it look like Willie is cleaning Chalmers shirt, and that Nelson is on the outside looking in, of what could be a new home. Sometimes things just come together perfectly to make a really awesome snapshot. 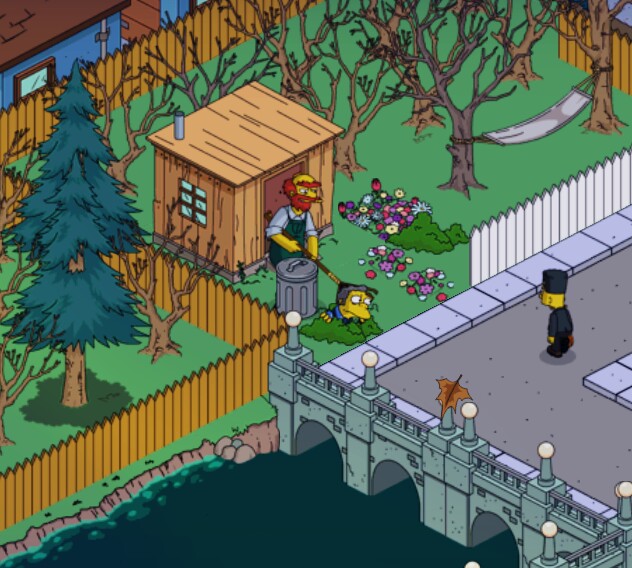 This photo is called “Willie gives Moe a makeover” which seems apt. Moe can’t afford the best things in life, so if he can get his hair combed while spying, that’s just a bonus. Moe might look embarrassed, but Willie has no shame. Just keeping walking Bart, nothing to see here.

This one is called “Eat it Brockman! Eat the bird seed!”. Brockman doesn’t seem to mind being fed by Agnes, and it can’t be much worse than the crayon sandwich Ralph is eating. 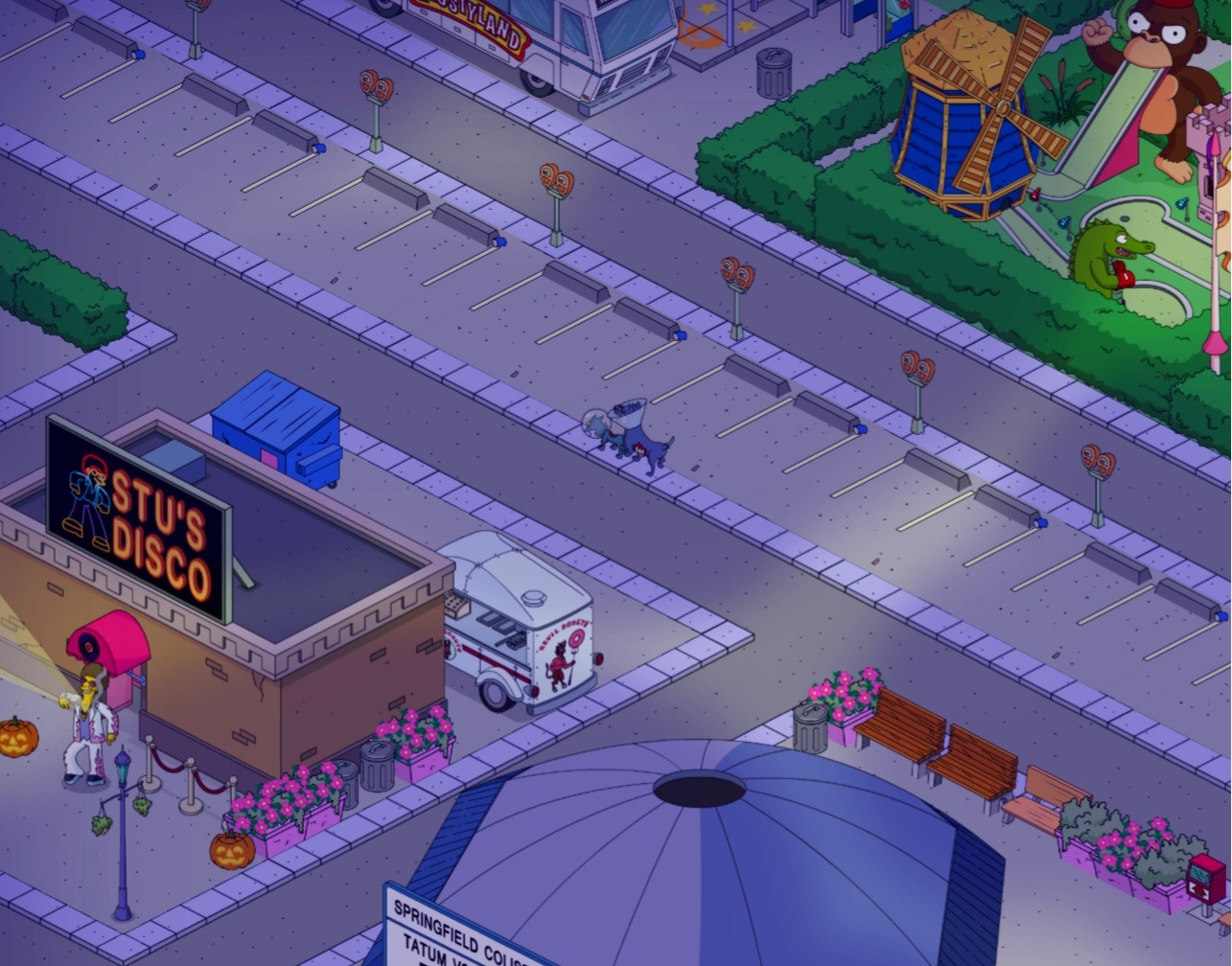 “Oh dear….zombies in an unholy alliance.” is quite a sight to behold. Would this be considered inter-species erotica necrophilia? I’m not sure I want to think to hard on that, moving on…

This really is “An out of body experience for Ned.” isn’t it? I guess Rex Banner meant it when he said he would shake him to his very core. 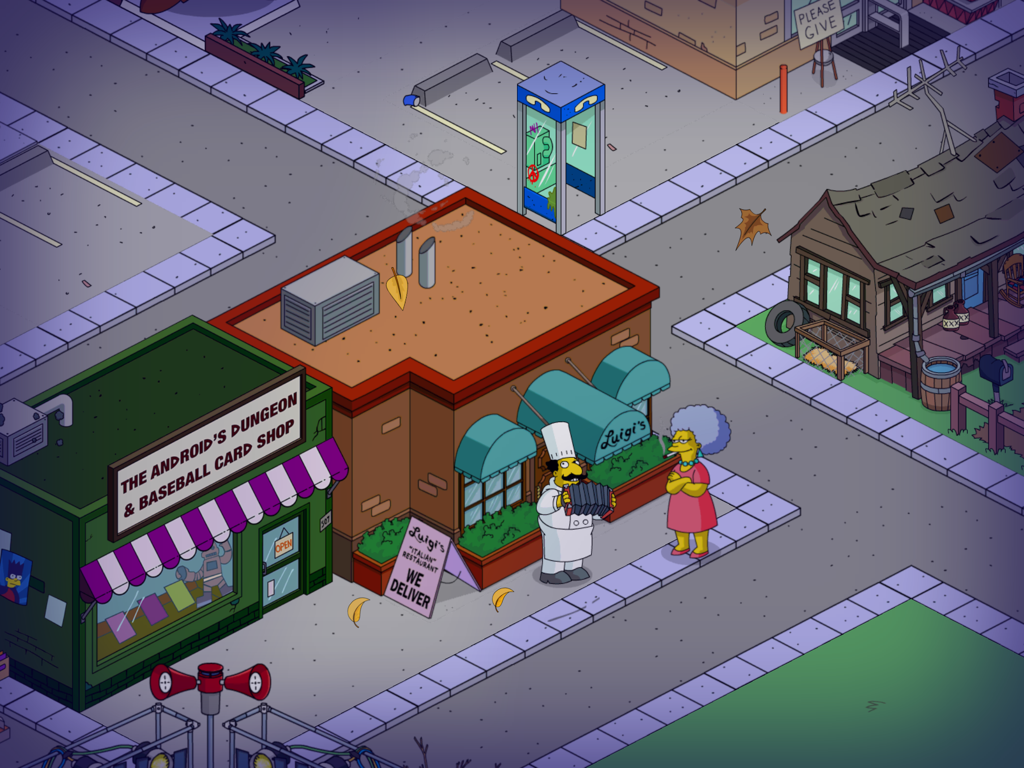 It “Looks like Luigi has a new friend” or at least someone he hopes would leave. She probably just wants to hear the MacGyver theme on the accordion.

DecoratingFriends, Neighbors, Simpsons, Tapped Out, The Simpsons, TSTO
← When life gives you a Lemon TreeShould I purchase the Springfield Pet Shop? →

8 responses to “Snapshots from the community, with commentary”

About these ads
RSS feed